18-146
Consider receiving the Bi-monthly Budget Update for the period of July 2017 through April 2018
AC Transit06/27 Board of Directors
Budget update for AC Transit. things are not looking good. 18-148
Consider receiving the Monthly Legislative Report and approve legislative positions
AC Transit06/27 Board of Directors
RM 3 got passed with only two counties voting it down. Contra Costa and Solano. Both not surprising. From the courts its seems Dynamex Operations West v. Superior Court was decided by the supreme court which may disrupt the gig economy, classifying them as employees. Doubt it'll change anything though. 18-137
Consider receiving a report on the Line 51 Corridor Delay Reduction and Sustainability Project
AC Transit06/27 Board of Directors
Post improvement 51A and 51B evaluation. There was improvement but not as muchas they would've liked. Slide Presentation PDF
6-19-18 MTAB Item 11 Traffic Modifications - 8th Avenue Neighborway
SFMTA06/19 Board of Directors meeting
Not transit related but its noteworthy to see what SFMTA does for streets that don't run buses. Staff Report PDF
6-19-18 MTAB Item 12 TNC and PTV Tax
SFMTA06/19 Board of Directors meeting
So there might be a tax on TNCs? I don't know how, I thought that they were restricted from doing a tax by the state. unless this is just on the employees. Report PDF
6-19-18 MTAB Item 13 Public Outreach and Engagement Report
SFMTA06/19 Board of Directors meeting
SFMTA's work on outreach and engagement. They don't seem to be changing anything. But yikes constituents seem a bit mean and what most concerning in this era is how much people enjoy being uninformed and then being angry they weren't informed and it affected them. 18-0418 05 Handout Election Result Web Update Council2.pdf
Election Update (15 minutes) Update on the election results in regards to Regional Measure 3 and Proposition...
MTC06/13 Policy Advisory Council
Went about exactly as one would expect. Those that don't need the state bridges and Alameda county voted for it and everyone else against.

18-0559 Hyperlink
Report on General Assembly
MTC07/19 ABAG Executive Board
What is ABAG about? 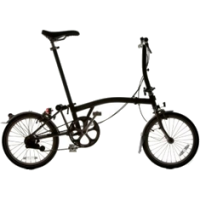 I had a mindset for the last three weeks that the problem with the JUMP system was that bikes were not being used because they were not being charged and re-balanced. But my observations this weekend...

That’s the real title of my piece in Citylab today.  Read it here.The post In Transit, Inefficiency is Exclusion appeared first on Human Transit.... It was a tough race, but yesterday candidate Mark Leno finally conceded to London Breed. “As mayor, I will create more housing and help those struggling with homelessness, drug addiction,... The needs of transit riders must come first during the Twin Peaks tunnel summer shutdown... Sunday is San Francisco’s Pride Parade on Market Street. This is also the last weekend before the summer closure of the Twin Peaks tunnel, so there are a few transportation items to track, so...

How the Koch Brothers Are Killing Public Transit Projects Around the Country
https//www.nytimes.com/

In communities across the country, the billionaire conservatives are waging a sophisticated fight against new rail projects and bus routes.